The little town of Ella, the once sleepy village in the Uva province of Sri Lanka is now bustling with foreign tourists. So what’s so great about Ella? Firstly, Ella has been blessed with one of the best climates in the world. That’s probably a very subjective statement but let’s face it, the weather is great. You can enjoy mild temperatures and pleasant levels of humidity throughout the year.

Ella lies at an altitude of 1,000 meters above sea level and surrounded by tea plantations, green mountains and impressive rocks. The view from Ella is breathtaking! Some even claim that the view of the Ella Gap is one of the best views in Sri Lanka.

The Ravana Ella has its roots connected to the times of the famous eastern epic, Ramayana. It is said that after kidnapping Sita, Ravana had hidden her at the caves behind this waterfall when Shri Rama was drawing close to Lanka with his army to rescue her. The cave came to be known as the Ravana Ella Cave. The place was then a thick afforested region in the midst of wilderness. Rama’s queen is believed to have wandered around here while she was confined. She is also believed to have bathed in one of the natural pools from these Ravana Falls.

Perhaps there is not a scene in the world which combines sublimity and beauty in a more extraordinary degree than that which is presented at the Pass of Ella, where, through an opening in the chain of mountains, the road from Badulla descends rapidly to the lowlands, over which it is carried for upwards of seventy miles, to Hambantota, on the south coast of the island. The ride to Ella passes for ten or twelve miles along the base of the hills thickly wooded, except in those where the forest has been cleared for planting coffee. The view therefore obstructed, and at one point appears to terminate in an impassable glen; but on reaching this the traveler is startled on discovering a ravine through which a torrent has forced its way, disclosing a passage to the plains below, over which, for than sixty miles, the prospect extends, unbroken by a single eminence, till, far in the distance, the eye discerns a line of light, which marks where the sunbeams are flashing on the waters of the Indian Ocean.

Another, “must-visit” places is the Nine Arch Bridge which is a stone train bridge with nine beautiful arches. The construction of the bridge is generally attributed to a local Ceylonese builder, P. K. Appuhami, in consultation with British engineers.

Interestingly, the train ride from Kandy to Ella is known as one of the most beautiful train rides in the world.

Ella is also centrally placed for some great getaways such as the Horton Plains, Udawalawe National Park and Yala National Park.

So if you are going to Sri Lanka, go to Ella! 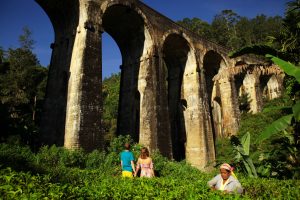 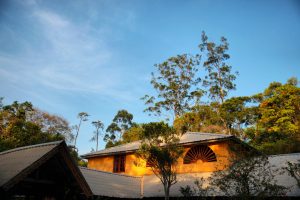 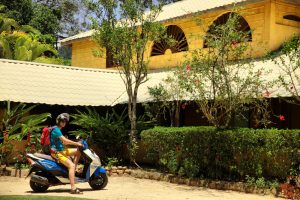 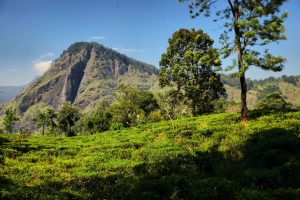 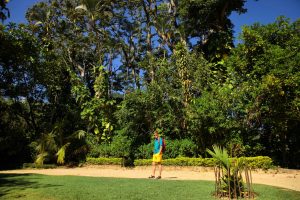 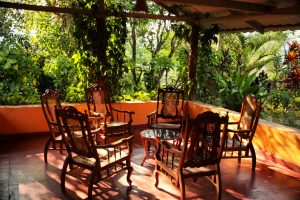 If you are looking for a homestay in Ella, visit the Sunnyside Holiday Bungalow